What I know about the regions of Italy would fit into an espresso cup, so it's no surprise I'd never heard of Cesenatico when I was invited along on a "travel bloggers" weekend to explore this historic port and beach resort on the Adriatic. A local tourism group was offering to foot the bill, so I, an award-winning freeloader, graciously accepted. And even after I gave the group fair warning that, if Cesenatico turned out to be a schlocky trinket on the charm bracelet of beach towns along Italy's east coast, I would dutifully bite the hand that was feeding me, the group's representative assured me that that would be no problem since they were enthusiastic about welcoming a blogger from Switzerland, presumably because we're all wealthy and live just a quick plane/train hop away.

Fortunately for all involved, I quickly fell in love with Cesenatico. Or, at least, one of the two Cesenaticos, because this is a town with a delightful multiple personality disorder. 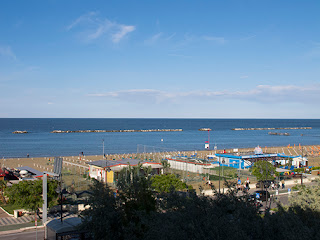 It's a family beach resort with a long strand of sand (raked daily) lined wall-to-wall with small, brightly colored bagnos -- open-air cafés with playgrounds for the kids, paddleball courts and rows and rows of permanently planted umbrella stands, each one with its own little table for cold drinks and snacks from the bagnos. 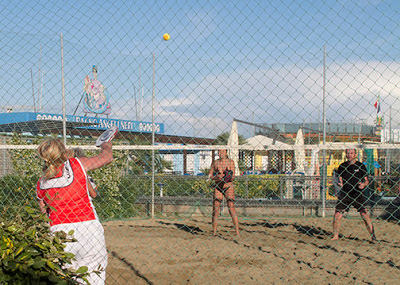 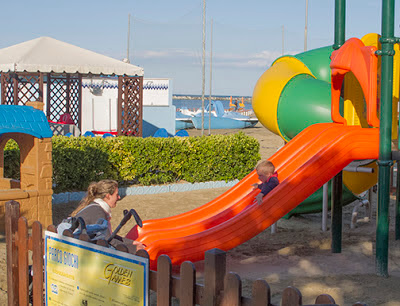 Being from Hawai‘i, where sun worshippers tend to plant their own umbrellas all over the place like Vasco da Gimme claiming a new continent, I found these orderly ranks of umbrella stands to be rather intimidating, rather like the droid armies in Star Wars. 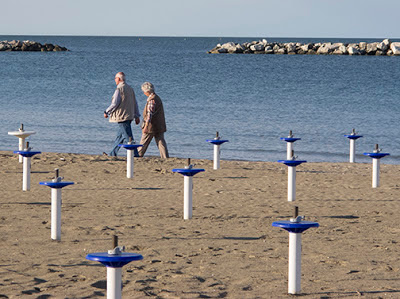 But this is clearly a cultural perspective not shared by Europeans who flock by the thousands to these regimented beaches.

Across the street from the beaches along the Cesenatico coast are wall-to-wall hotels. I stayed in Hotel Valverde, a bright, clean, modern establishment run by a local family. The owner, Giuseppe, and his staff, were so friendly and accommodating that I half-expected to be invited to a family wedding at any moment. The simple, easy-to-like fare in their restaurant made it clear their market is families with young children, as was quickly confirmed by all the pre-operatic bambinos in high chairs and the other kids running round and round and round the family table. I love kids, so this was a plus for me. Others may wish to take their meals elsewhere.

And that elsewhere would probably be in the other Cesenatico, the center of town surrounding the canal. 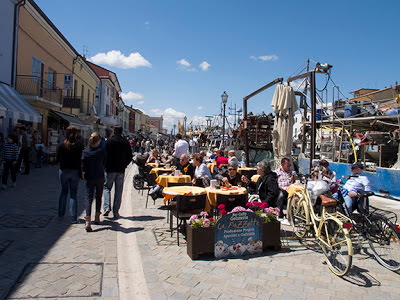 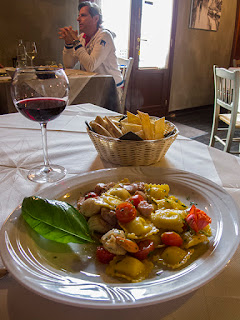 And thanks to Cesenatico's long maritime history, meals will probably include seafood, some of it so fresh you may wonder if that shrimp on your plate just winked at you. I had a delicious lunch of raviolini with fresh tuna and scallops at La Stiva, a cool little wine bar. 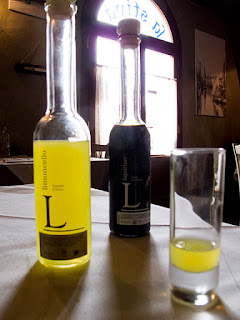 Dessert was a gratis offering from the restaurant, Lemoncello and a licorice liqueur.
Well fueled, I wandered the backstreets. If Cesenatico's beachfront is all about its tourists, its narrow cobblestone streets are all about the locals. 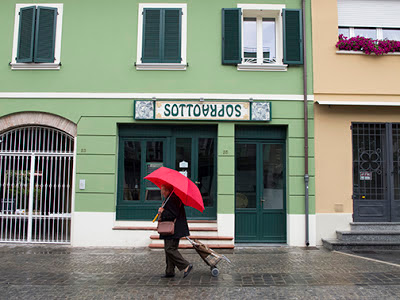 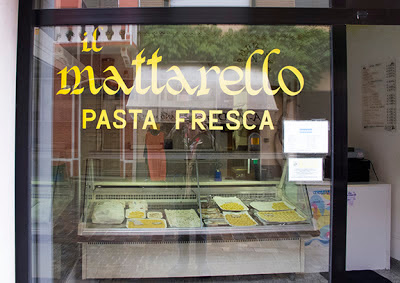 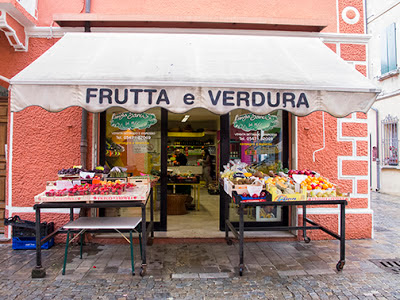 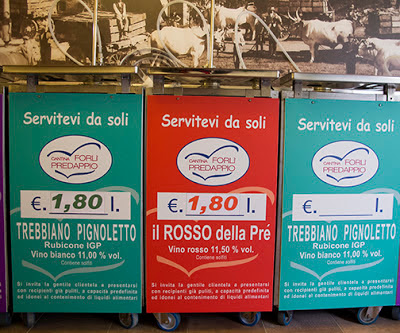 Because how many tourists are going to bring their own jugs to refill at the corner wine store? (No I did not.)

But, inevitably, I kept returning to the canal that is Cesenatico town's lifeblood. Here are docked its working fishing boats. 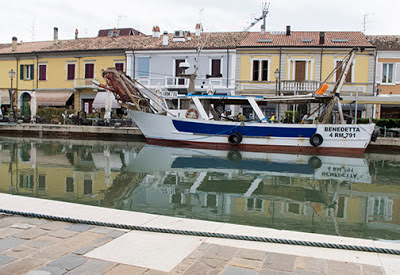 Without its fertile fishing grounds Cesenatico wouldn't exist. This is all explained in the superb Museo della Marineria ... 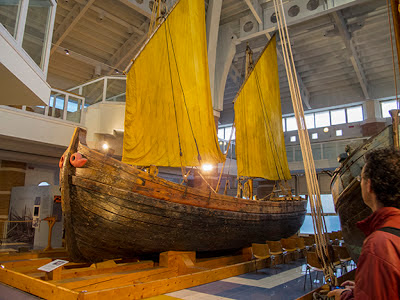 ... which even includes an "exhibit" of historic fishing boats now permanently (and sadly) moored in the canal. 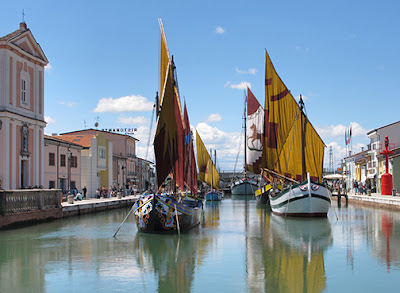 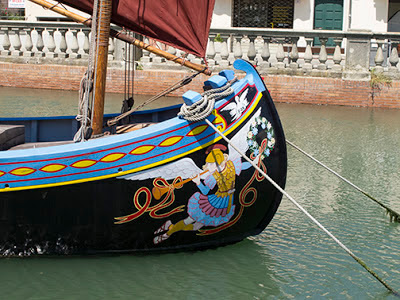 But, happily, in Cesenatico, you never forget the purpose of all this fishing. Buon appetito! 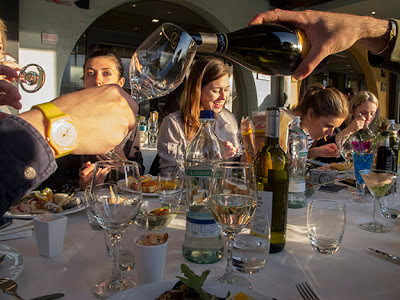