Leave it to the Swiss to start a wild, crazy parade for the biggest winter carnival in the country precisely on time.

Beginning at 1:30 on the dot as advertised, this was the first afternoon's parade at Basel Fasnachts. An estimated 12,000 participants decked out in all manner of bizarre costumes soon filled the streets, playing piccolos, drums, trumpets, trombones and tubas. There were even several guys in kilts honking bagpipes.

I wouldn’t have thought there were this many piccolos (or trombones or monster masks) in all of Switzerland. 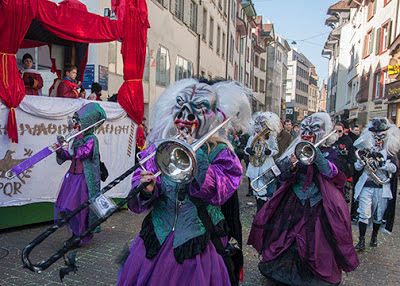 It was a kaleidoscope of color and music, along with flying fruit, flowers and candy. Thousands of spectators lined the streets, sharing bottles of wine, eating fat steaming sausages dipped in mustard or the traditional beef-broth-flour-onion soup (tastes how it sounds, but it’s hot and cheap, so who cares?). 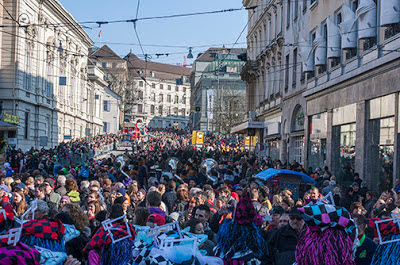 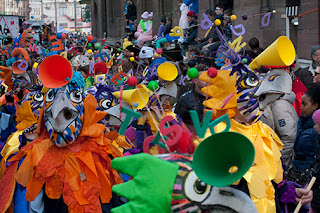 The masks ranged from the merely monstrous (gaping mouths and long witchy noses), to the silly (a band of monkeys whose conductor was, of course, a gorilla) to the surreal (pineapple helmets, baking pan faceplates, masks that looked like testicles). 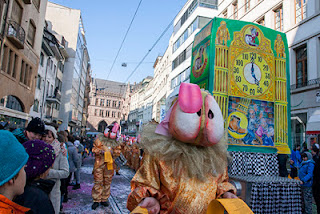 Some groups of musicians numbered 50 or more, other troupes were more humble, like the trio consisting of a glum little boy who’d clearly been conscripted, a guy in a Peruvian hat and poncho playing piccolo, and a drummer in a bathrobe of many colors, who may have been searching for his brothers. 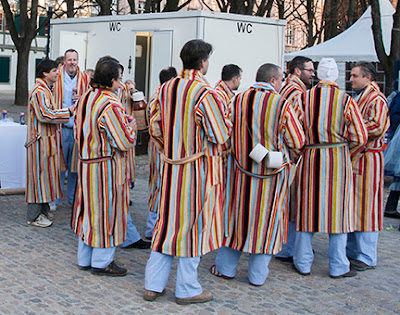 Basel’s Fasnachts is one of several winter carnivals that take place around Switzerland. In Basel it’s celebrated for exactly three days, beginning perversely at 4 a.m., just to see who is serious about crazy fun, when all the city-center’s lights are extinguished and a parade of lanterns winds its way through the streets.

The festival here dates from the 14th century. Legend has it that a row between citizens and noblemen at a jousting tournament ended with four of the nobles dead. Retribution fell with the beheading of 12 citizens and Emperor Charles IV declaring Basel a banned city.

So of course, the Basel citizenry said, “Let’s have a festival to commemorate this auspicious day!”

Today, those citizens’ descendents continue their irreverent ways by using Fasnachts to ridicule events from the past year. One wagon in the parade made fun of the Swiss government’s recent purchase of Swedish fighter jets. 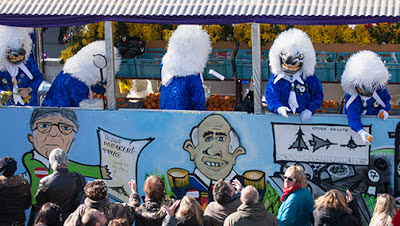 Meanwhile, various groups passed out colorful strips of paper with satirical poems, and troupes in bars and cafés performed sardonic songs that are probably hysterical but are incomprehensible to outsiders because they’re in the local baseldeutsch dialect.

One sign atop a wagon read Alles Kääs, which appears to mean “everything cheese.” But they were tossing oranges. 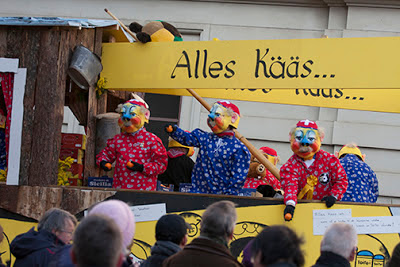 That certainly needs no explaining.

But ultimately, Basel Fasnachts isn't about explaining at all. 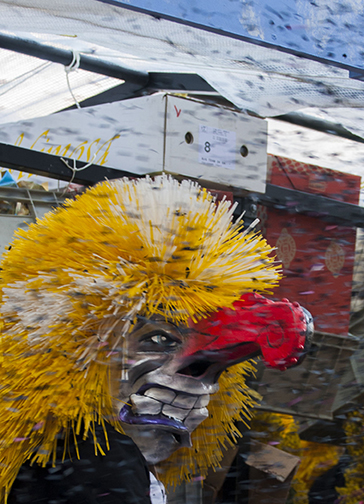 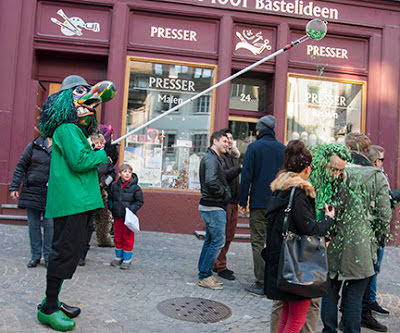 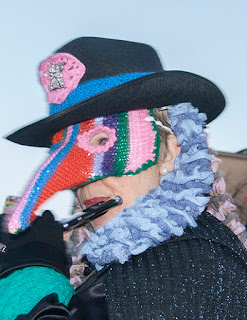 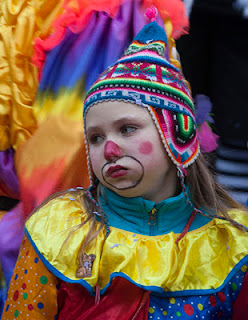 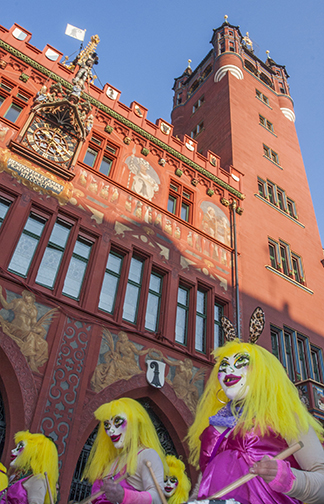 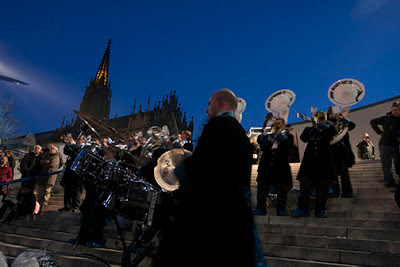 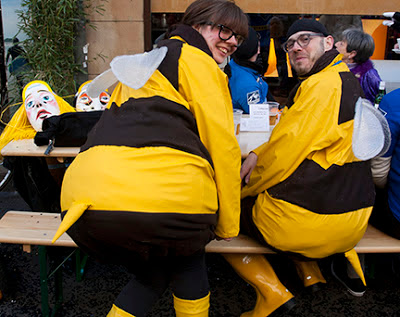 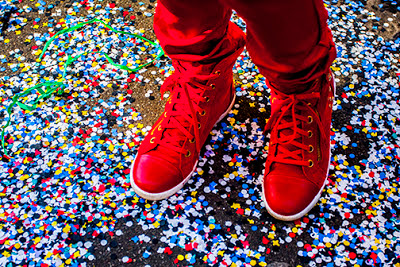