What Do You Call Someone from Edinburgh?

We want our money back. We spent three days in Edinburgh (Edinburra, say the Scots), the famously gray and gloomy capital of Scotland, and it was sunny days and starry nights the whole time. False advertising! 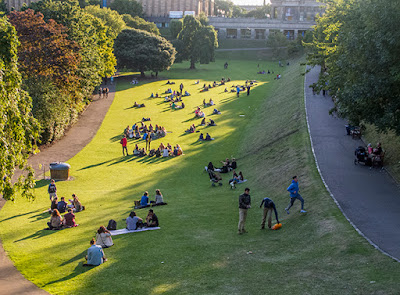 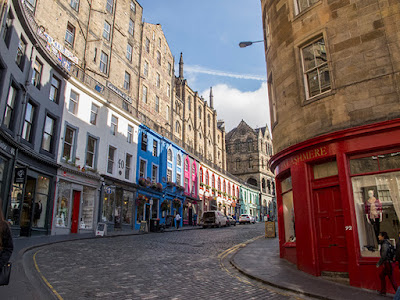 Any glimmer of gloom could only be found at the city's giant, sooty, spooky, gothic monument to one of its beloved writers, Sir Walter Scott. 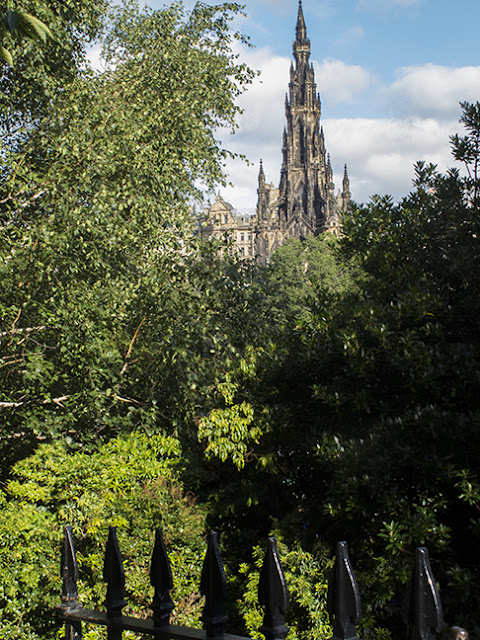 A further disappointment: the unfailingly sunny disposition of the Edinburgers, as they are called, though Kathryn Campbell Erickson, purveyor of traditional Scottish knives, Celtic craft and single malt whiskies insisted "as a wee joke" upon Edinburra-o-nion, "because, love, I won't be called a burger!"

Kathryn's wit and deep raspy voice hinted at years of whisky and cigarettes. She warned me of "skullduggery" in the traditional Scottish knife trade.

In the city and on a foray into the Highlands, we found the Scots to be impishly friendly, always ready for a joke and candid conversation.

George, our bus tour guide to the lower Highlands, wasn't shy. He said that Harry Potter author J.K. Rowling's "name is mud in Scotland" after she donated £1 million to the "No" vote for Scottish independence. George also says the winning "No" vote was rigged by the English Secret Service.

On the highway to Stirling Castle, George drove us past the gargantuan Kelpies. 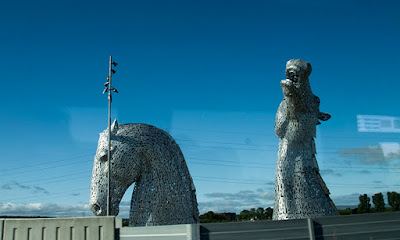 As we got close to the castle, George told us how the area's history was linked to Scottish independence hero William Wallace, better known today as Mel Gibson. On a hill not far from the castle stands the William Wallace monument. It was from this hill that on Sept. 12th 1297, at the Battle of Stirling Bridge, the "Braveheart" men swept down from the hill, forcing the English knights back into the river, where many drowned and were otherwise embarrassed. 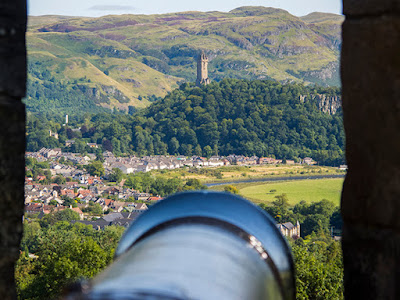 George also told us that a mysterious, Druidic-looking circle raised in the earth and covered by grass was where King Arthur's Round Table was. He said this with an entirely straight face, testing us tourists. Likewise, later, with great authority, he told us about the brave young lads of the area ascending to the Highland peaks in a rite of passage to hunt the wild haggis.

But truly, the lands around Stirling Castle dominated the medieval history of the Scots. It is where, in 1314, the greatly outnumbered Robert the Bruce defeated the English at the Battle of Bannockburn, and where the infant who would become Mary Queen of Scotts was brought in 1542 and lived for six years. Today the castle is a museum of some of Scotland's most important history. 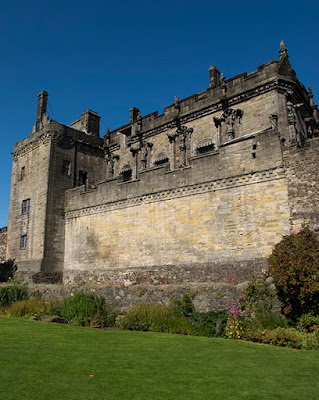 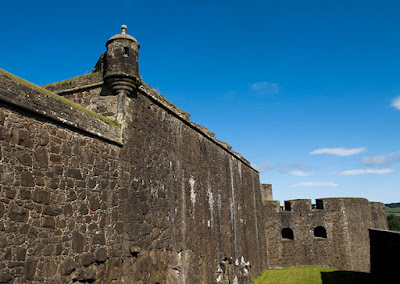 From 1881 to 1964, Stirling Castle was a home to the famed Argyll and Sutherland Highlanders. Today a museum here tells their history, complete with beautiful regimental knives (and forks). 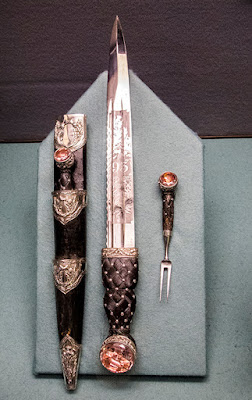 Strolling the castle's royal domestic rooms, you come upon living breathing castle workers from when Mary Queen of Scotts lived here again as an adult. One dear lady told us about her square collar and French headdress, and even shyly revealed her crown of braids beneath, explaining that this was not something a lady would normally do in public, but just this once ... 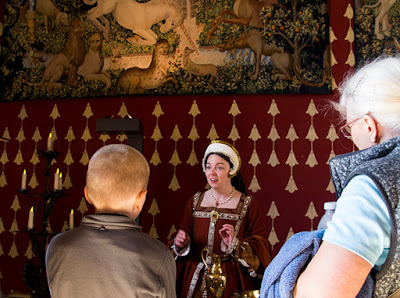 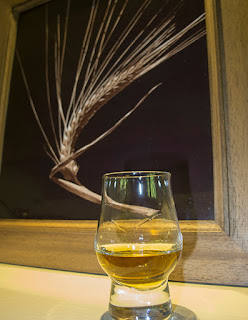 All this history makes a lad thirsty. So after a rushed lunch at a touristy pub restaurant along Loch Lomond, we headed for the Glengoyne Distillery. The tour began very well indeed with a dram of their 12-year-old single malt.
After a quick tour tracing the milling and distilling processes to make malt barley whisky, clanging on metal catwalks between huge copper stills, we were brought to a room of maturing barrels. 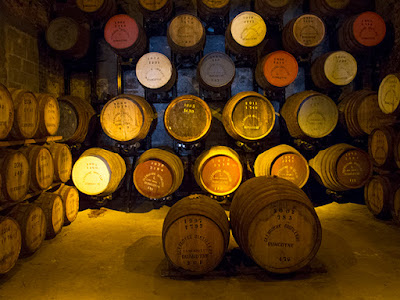 Here too, a display of how time and different barrel aging affects the whisky. 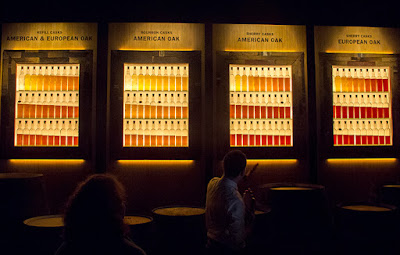 You can't throw a rock in Scotland without hitting some heritage, especially in Edinburgh. Yet, from its heavy gray stone blocks, history reaches its hand into the present. In 2004 the new Scottish Parliament Building opened at the opposite end of The Royal Mile from Edinburgh Castle. Scots are proud to have their own national parliament meeting in the country again after nearly 300 years, but they don't all love the aggressively modern building where their government sits. Even so, few would argue with these verses from a poem by beloved Scot poet Norman MacCaig. The words are engraved in a wall at the base of the Parliament Building. 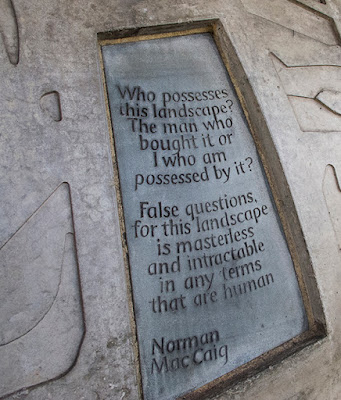 And a parting proclamation to Edinburgh if you please, with the help of the city's favorite twins, because we too would walk 500 miles to wake up next to Edinburgh again one day soon.