Suddenly, the hard green berries that were hanging from my mother-in-law's cherry tree in Neuchâtel have become plump and red, the ripest ones almost black. 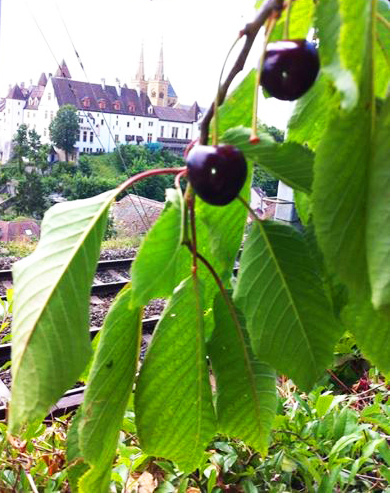 My father-in-law's family name is Cerison. In French, "cerises" are cherries, and a "cerisier" is a cherry tree. That means my father-in-law, Jean-Pierre Cerison, is irrevocably grafted to cherries. He is 87. I love this guy. Jean-Pierre doesn't speak often -- often because my amazing mother-in-law is holding forth -- but when he does speak up, it's often a five or six word zinger, most of which goes over my head because it's in rapid French carroming off cultural knowledge.

Jean-Pierre and I went on a wine-buying trip to Beaujolais three years ago. 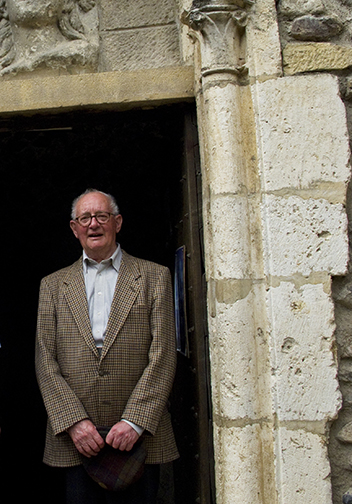 The agreement was that I'd drive his lovely old Audi all the way, and he'd buy the wine for both of us. Leaving Neuchâtel, after some small-talk about the weather and beautiful countryside, we settled into comfortable periods of silence. He understands English but refuses to speak it to me. As we curved along the two-lane highways between the wooded hills and rolling pastures and vineyards of Burgundy, I asked him questions about the French language. He tried to explain the nuances between savoir
and connaître -- to know and to know (which I still don't and don't). 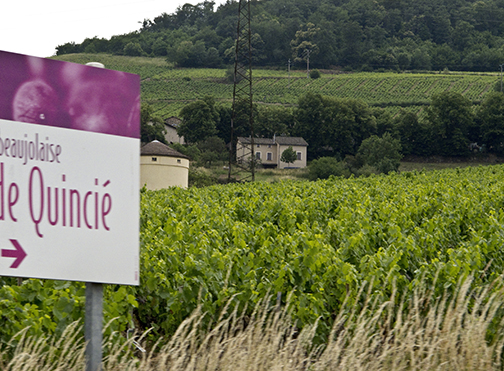 My mother-in-law, my wife and I just visited Jean-Pierre in the beautiful old-folks home he's living in now. It's right next door to his former home, where my mother-in-law still lives, so she can visit him every day. Sitting in the shady garden with him and other residents and attendants, we shared cherries I'd just picked from the tree in their yard. Jean-Pierre devoured the ones before him, one by one.
at 3:17 PM