The first surprise Vilnius gave us was that we were there at all.

No offense Lithuania, but you aren't exactly on most people's bucket list. I found myself there last weekend thanks to an invitation from Time Out Switzerland, which I write for sometimes. I went with a small, mostly well-behaved herd of travel writers on a trip offered by the Swiss branch of Germania airlines, which will start direct flights from Zürich to the Lithuanian capital in June. 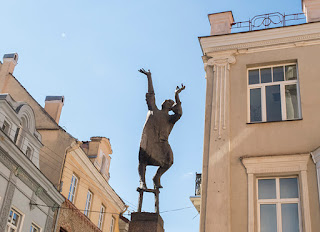 Vilnius, the capital of Lithuania, is a UNESCO World Heritage site, which is not much recompense for having been invaded and controlled by Nazi Germany and the Soviet Union (twice). Lithuania is now a member of the European Union; your euros will go a lot further here than in some other Eurozone countries.

We met a tour guide who is an ultra-marathon runner, and gives, not walking tours around the city, but running tours. Clearly, the runners do not stop for a traditional Lithuanian lunch, which typically includes meat-filled dumplings and potatoes in countless forms, even "sausages" of mashed potato wrapped in a casing you probably don't want to know too much about. 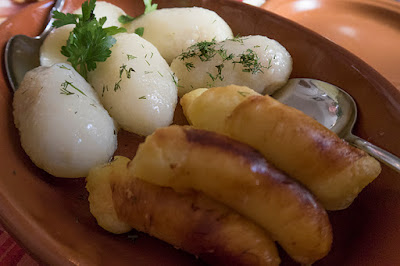 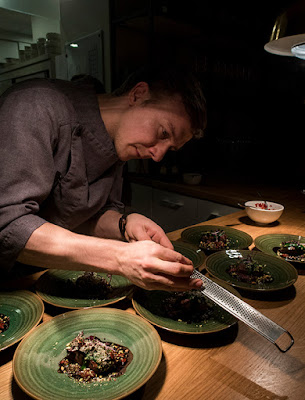 But Vilnius also boasts some fine modern restaurants. At Dublis, its 27-year-old owner-chef, Deivydas Praspaliauskas, is always putting together new menus based on what fresh ingredients are available at local markets and his Berlin purveyors. He also designed the waiters' shirts. And went to Italy to choose his flatware.


And he collaborates with Grafo, the modern art gallery in the restaurant's cellar. 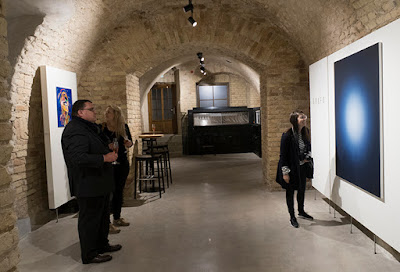 Even the winding cobblestone lanes of the city's Old Town are home to modern art -- and a tattoo parlor or two. 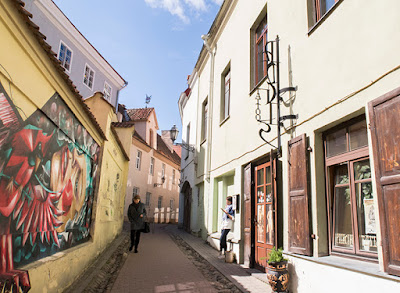 Other Old Town art is millions of years old, as you can see in the Amber Museum-Gallery. Lithuania's pine forests are a treasure trove of the fossilized sap that sometimes becomes a perpetual prison to unlucky insects (but no dinosaurs). 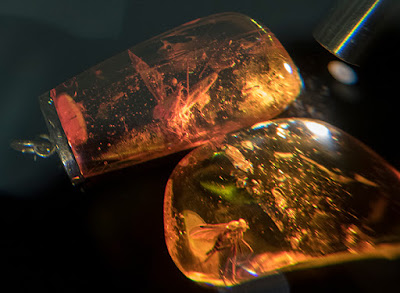 Near Old Town is "The Other Republic," Uzupio, a few ramshackle cobblestone blocks where artists, political activists, satirists and surrealists have declared their own "republic." You can even get your passport stamped in a bar there. 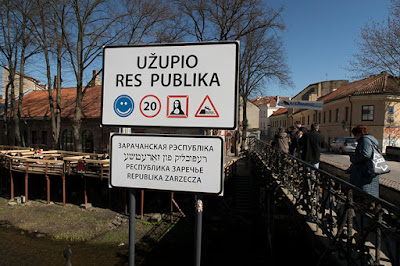 Along one street, the republic's constitution is engraved on metal plaques in 23 languages. The inalienable rights of the citizens of the Republic of Uzupio include: "Everyone has the right to appreciate their unimportance," and "A dog has the right to be a dog." 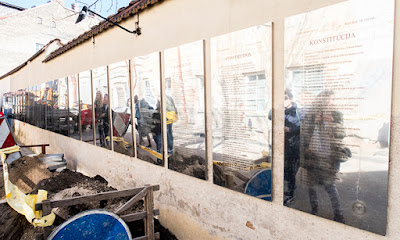 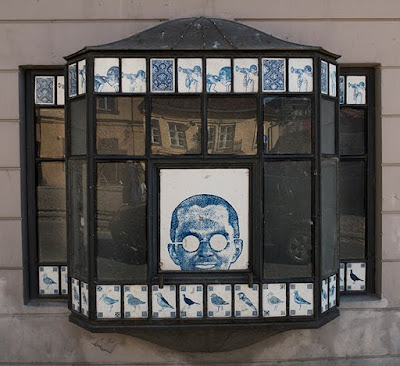 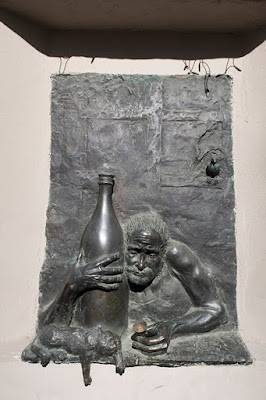 Aimless wandering through the quarter reveals more of its psyche. 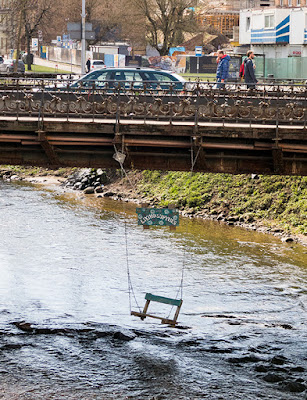 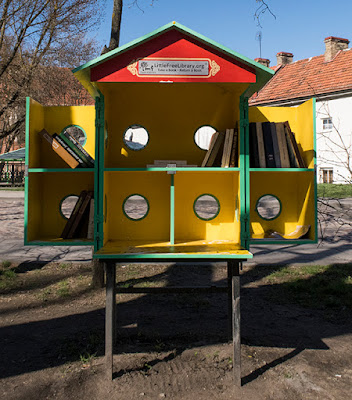 Such communal creativity is thriving in Vilnius, even as many young people here and in the rest of the country are drawn to the bright lights and better job prospects around the European Union. But some of the economic émigrés eventually return, never quite content away from their homeland. Many other citizens never consider leaving, far too attached to Lithuania's yesterdays and tomorrows. 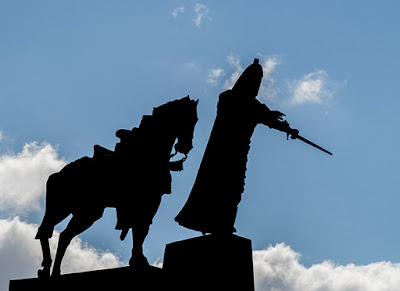 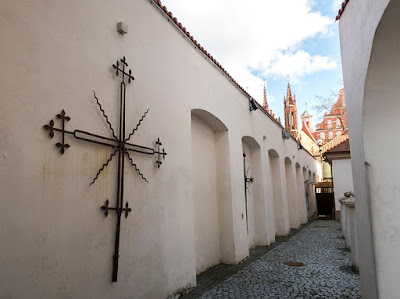 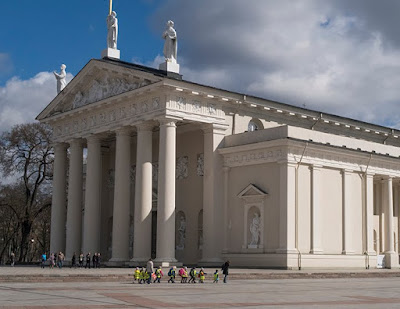 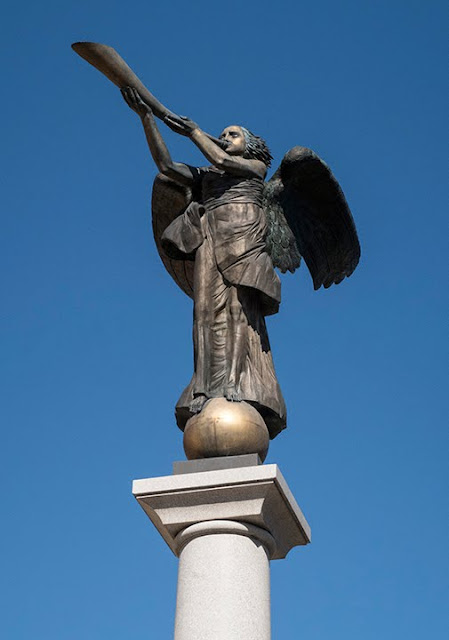