Here in Switzerland, people speak only half-jokingly of the "Röstigraben" (literally "Rösti Ditch"), a metaphorical division less defined by geography than culture, a line that supposedly divides the Swiss who speak Swiss-German from those who speak French (just two of our four official languages in this tiny country of 8 million souls, 25% of us immigrants.) Supposedly, the Schweiz-Deutsch, mostly to the east, are more like the stereotypical Germans: precise, no-nonsense, hard-working, favoring beer and sausage. In the west, the Suisse-Romandes, are supposedly more like their western neighbors, the French -- more laissez-faire, with a willing weakness for joie-de-vivre, wine and cheese. It's like the difference between Angela Merkel and Carla Bruni.

But does this cultural divide really exist?

I live in Suisse-Romandie, where strangers often smile at each other and say bonjour just because, well, why not? When I go east to the German-speaking areas, people on the street and in the shops tend to be less smiley. They're not pissed-off. They're not "stern." They just don't see the need to grin like crazy at everyone they see.

On the other hand, when I think of Switzerland's two biggest cities, Zürich and Geneva, it is the French-speaking Geneva that seems dour, and German-speaking Zürich that's adventurous and welcoming. And the famous precision watch-making industry is mostly concentrated in Romandie.

Meanwhile, all the hundreds of little communities tucked away in the valleys and on the mountain slopes around CH each have their subtle cultural and language differences. 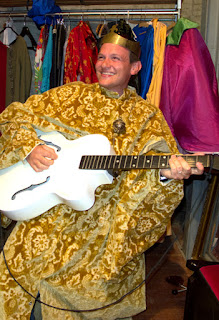 But why focus on these differences? That's what my new friend, Dimitri (photo), says. He prefers to focus on the blending of the sub-cultures around Switzerland. Dimitri is a native of the area around "Züri," plus he's lived in the U.S. He and his wife, Japan-born Mamiko, met in Ohio of all places. They clearly did not get the memo about not smiling so much on their side of the Rostigraben. You can see this manifested on their cool website, Newly Swissed.

So is Switzerland a land of many different little cultural alcoves? Or is it a melange of all these?