Geneva Fends Off Another Attack or Two

Geneva survived another possible attack from the Savoyards on Saturday, Dec. 12, the anniversary of the 1602 attempted sneak attack by the army of the dastardly Duke of Savoy. That attack commemorated each year as "L'Escalade" ("to climb or scale") was legendarily repulsed first by the sharp-eyed cook now immortalized as Mère Royaume. She happened to be passing the walls at night when she spied the skulking Savoyards below. She dumped her cauldron of scalding soup on the soldiers and raised the alarm. 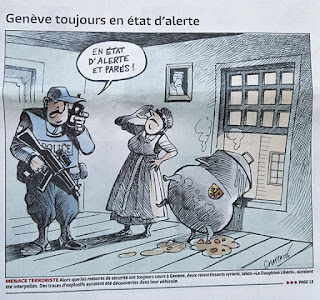 Alas, this year, she had to be vigilant again amid reports that terrorists were trying to hide in Geneva. The drama was recorded in Saturday's Le Temps by Patrick Chappatte.

But the brave and rational citizens of Geneva ignored the hapless troublemakers, who were soon captured by the Swiss authorities.

Instead we walked with history on a clear, crisp winter day, eating steaming soup, drinking hot wine and strolling among the historic spectacle that is always L'Escalade. 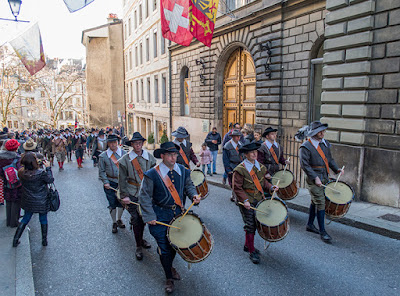 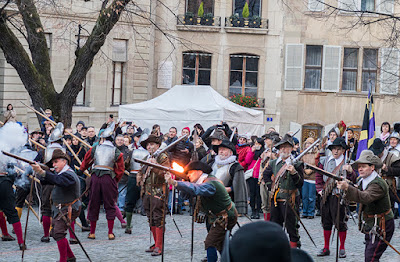 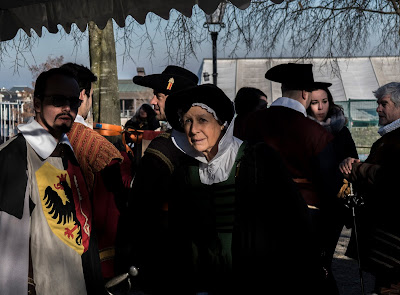 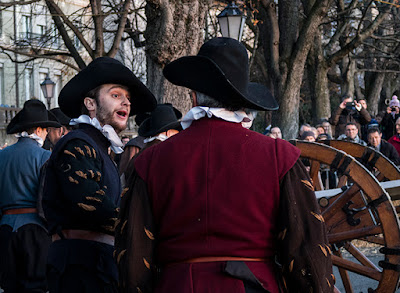 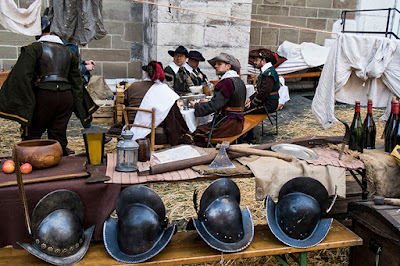 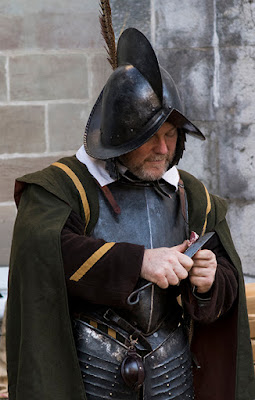 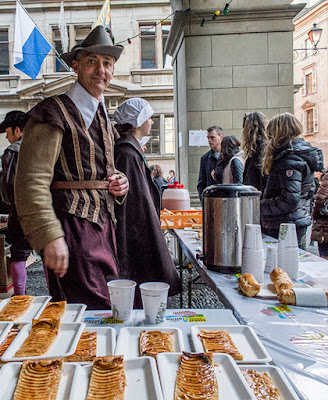 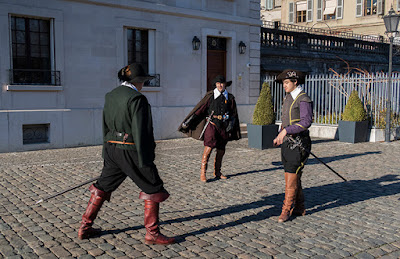 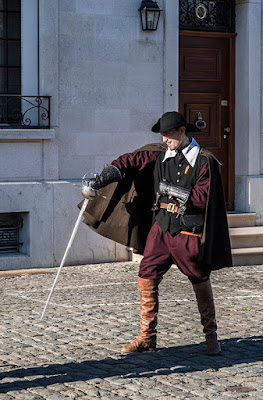 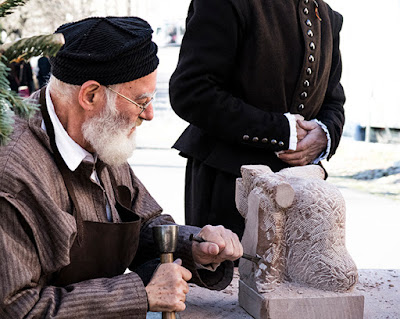 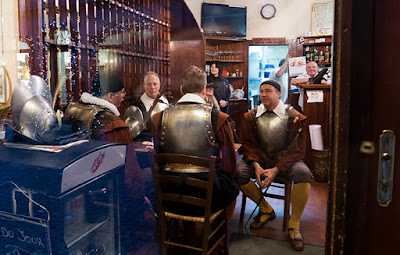