Empirical analysis has repeatedly shown that scientists are both adorable and funny. This was reproven on this gorgeous Saturday in Geneva's Jardin Anglais during the March for Science, one of many such marches taking place on March 22, Earth Day, around the planet. 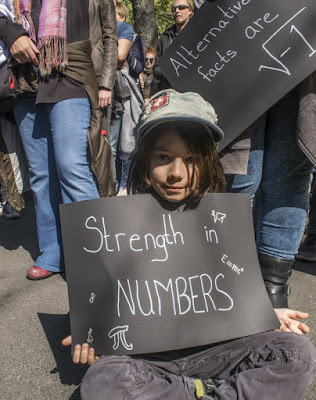 At a rally before the march, several scientists spoke in English, French or German to the crowd of 2000-plus on topics including sub-atomic particle physics and Legos (re building blocks: "Everyone knows the electron, but you should find out about neutrinos!").  Each blatantly highly-educated speaker explained in detail only a colleague could love why science matters not only to them but to our generations yet unborn. So sweet, their heart-felt over-sharing.

You can't throw a rock in Geneva without hitting a scientist. They come to study and work here from all over the world in many fine institutions, including CERN, the World Health Organization, the World Wildlife Fund, UNESCO, the World Meteorological Organization, and on and on.

After several speakers, everyone embarked on a march along the lakeside. Actually it was more of a stroll on this cool, sunny day, people of all ages, mostly speaking English, waving signs and chanting slogans.

"What do we want? Science-based policy! When do we want it? After peer review!"

"Got polio? Me neither. Thanks, science" 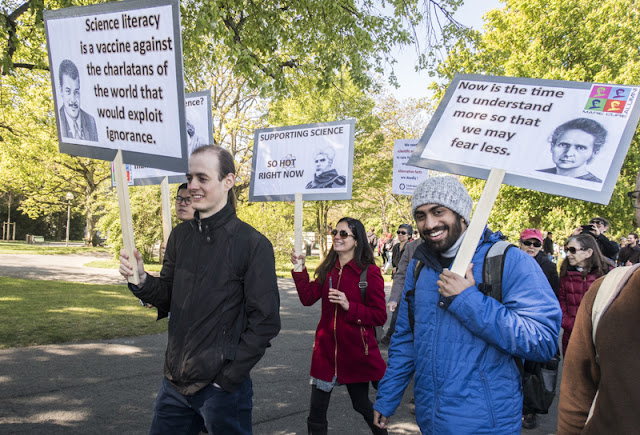 The name of the global poster child for science ignorance, also known as the President of the United States, was excruciatingly avoided.
at 5:39 PM